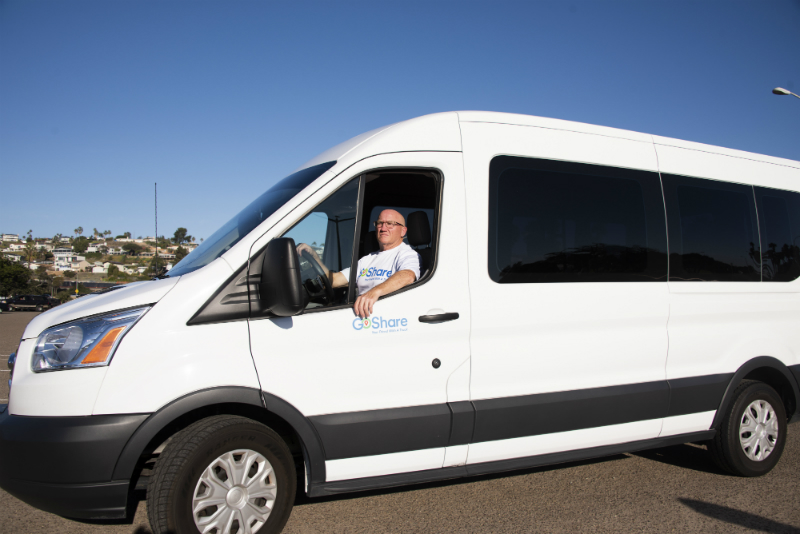 Looking for a new cargo van, but don’t know where to start? Below is a round up of the best full-size cargo vans of 2019. While most brands implemented only minor changes between the 2018 and 2019 models, there are still a wide variety of powerful and versatile vans on the market.

The Ford Transit is the top-selling vehicle in its class, by a significant margin. The Ford Transit features some minor updates between the 2018 and 2019 model. The Transit is available in three lengths with three roof heights and two different wheelbases. The Transit can haul up to 4,640 pounds and tow up to 7,500 pounds. Depending on the version selected, you may have options to open rear doors wider. Cargo configurations of the Transit can hold more than 480 cubic feet of cargo. The 2019 Transit offers the same choice as the 2018 model of three engines. The standard 3.7L Ti-VCT V6 consists of 275 horsepower and 260 lb.-ft. of torque. Along with this, the 3.7L Ti-VCT V6 includes hardened exhaust valves and valve seats for improved wear resistance and durability for gaseous fuel systems. The 3.5L EcoBoost V6 delivers the performance of 310 horsepower and 400 lb.-ft. of torque. The 3.2L Power Stroke I-5 Diesel generates 185 horsepower and 350 lb.-ft. of torque. All three engines hold a six-speed SelectShift transmission designed for low-end acceleration and high-end productivity. The van holds a 0-60 time of 10.5 seconds.

Regarding productivity, four upfitter switches are available for convenience when needing to connect accessories to the electrical system. The Transit contains a lane-keeping alert and a driver alert that detects lane drifting as a tiredness indication and sends a visual and audio warning in response. In addition, the van incorporates Sync 3, a user-friendly, responsive voice-activated technology to assist the driver with various tasks such as making a phone call or locating a new restaurant. The van is compatible with both Apple CarPlay and Android Auto. In terms of how it fares with its competitors, various models such as the Chevrolet Express, the GMC Savana, and the Nissan NV still use a truck frame as a base. The Ford Transit, on the other hand, uses carlike unibody construction for reduced weight and improved ride comfort. Due to its rear-wheel drive, the Transit holds a much higher tow rating than front-wheel drive vans such as the Ram ProMaster. This makes the Ford Transit a full-sized cargo van that everybody wants.

Other than these new features, the vans are largely unchanged from 2018. The Express can tow 10,000 pounds or carry up to 4,282 pounds of payload. The Savana can tow up to 7,400 pounds or carry up to 4,282 pounds of payload. The vans’ infotainment system offers various uses, including voice-guided navigation, live traffic information, lane guidance and more. Both vans are compatible with both Apple CarPlay and Android Auto. While the Express and Savana offer a high towing and payload capacity, most experts feel the Express and Savana are becoming dated, with competitive models from Ford and Ram offering more value and power for your investment. The Ford Transit outsold the Express 2:1 at the end of 2018.

The Sprinter offers many upgrades, variants, and configurations. The van is a workhorse but doesn’t sacrifice comfort or luxury. The Sprinter is available with a turbo-diesel 3.0L V6 engine, being the only 3.0L six-cylinder engine offered in the large van segment and generating 190 horsepower and 324 lb.-ft. of torque. As an alternative, the Sprinter provides a four-cylinder 2.0L gasoline engine boasting 190 horsepower and 258 lb.-ft. of torque. The van holds a 0-60 time of 11-12 seconds. The heaviest model of Sprinter has a payload of 6,294 pounds, the highest in its class, and can tow up to 7,500 pounds.

Features include a gas-engine, nine-speed automatic, internet connectivity, adaptive cruise control, automatic emergency braking, lane keep assist, and a surround view camera. The Sprinter comes with an Adaptive ESP system, improving capabilities through a skid-control system and a load-recognition system. This van is compatible with both Apple CarPlay and Android Auto. The Sprinter shows its worth through an extremely high payload capacity and its luxurious features. In addition, the choice of front-wheel drive adds to its flexibility by allowing a lowered load floor. Despite being a darling of vehicle critics, the Sprinter does come with a much higher sticker price than the Express and Transit. Regardless of its hefty price tag, the capability, and amenities that the Sprinter provides make it worth every dollar.

The Nissan NV has few changes between 2018 and 2019. It is a practical van with several configurations, including three payload variants. The NV is a popular passenger van model because of its flexible seating arrangements, which presents 12-person seating capacity with up to 324 possible seat configurations. The cargo van features a standard or high roof, can haul up to 3,850 pounds, and can tow up to 9,400 pounds. The 2019 model now has a 5.6L Endurance V8 engine consisting of 375 horsepower with a heavy-duty seven-speed automatic transmission. For a fuel-efficient alternative, the 4.0L V6 engine of 261 horsepower with five-speed automatic transmission is offered. The van holds a 0-60 time of 7-11.5 seconds.

Another update to the 2019 model is that a standard 7-inch display audio system with Bluetooth audio streaming, hands-free communication, and voice recognition is included. This van is compatible with both Apple CarPlay and Android Auto. The high towing capacity and innovative interior design of the NV allows it to flourish. Overall, the NV provides solid value as a van filled with capabilities at a fair price point.

The Ram’s full-size van can be ordered in multiple configurations, selecting from three wheelbases, two roof heights, and three payload classes. The ProMaster still uses the 3.6L PentaMaster V6 engine with six-speed automatic transmission consisting of 280 horsepower and 260 lb.-ft. of torque. The van holds a 0-60 time of 8.2 seconds. Between 2018 and 2019, the ProMaster’s maximum tow rating increased by 30% between 2018 and 2019. Depending on the class, the ProMaster can now haul up to 4,680 pounds or tow up to 6,800 pounds. When equipped with a trailer, it can tow up to 5,100 pounds. The Uconnect 3 NAV features a 5-inch touchscreen, Navigation, Integrated Voice Command and more. The van is compatible with both Apple CarPlay and Android Auto.

Similar to the Ford Transit, the ProMaster has a unibody that aids in weight and comfort. In addition, the van utilizes front-wheel drive as opposed to the common rear-wheel drive of its competitors. This allows for lower floor height, making cargo loading much easier. Extra engine weight over the front wheels also helps with traction and low-speed maneuverability. Due to front-wheel drive, however, towing capacity is limited with the ProMaster falling short of the 7,000+ pound maximums of its competition. However, its maximum payload capacity of 4,680 pounds is still among the top of its field. Despite certain limitations, the ProMaster holds up to its competitors by offering convenience through its front-wheel drive, a sturdy unibody architecture, and high payload capacity.

Got a van? Sign up with GoShare to earn money driving with your vehicle.